Vegan cinnamon rolls with an apple cinnamon custard filling and creamy custard topping. These are a fun variation of classic cinnamon rolls and are perfect for an Autumn/Fall breakfast or dessert or for Thanksgiving!

Alternatively, check out my vegan apple cinnamon rolls (without custard).

This post is sponsored by Nature's Charm. As always, all opinions are my own!

These cozy cinnamon rolls are:

I used Nature's Charm coconut custard which is sooo beautifully thick and creamy! The custard is in the cinnamon roll dough, filling and topping. It makes the dough super soft, adds creaminess to the filling and is a delightful topping by itself.

I haven't tested this recipe with homemade vegan custard (from scratch or using vegan-friendly custard powder) so cannot vouch for results. However, it MAY work if your custard is thick!

How to assemble these cinnamon rolls

These cinnamon rolls work best with finely chopped apples. It will allow you to tightly roll up the dough without any unshapely bits!

Place the shaped rolls in a greased baking tray and set aside for at least 1 hour (or in the fridge overnight) to rise.

If your cinnamon rolls are taking their time to rise, simply reposition them in a WARMER spot in your home. This is one of the most important things when baking with yeast.

Your cinnamon rolls are ready when they're puffy again!

The vegan apple custard cinnamon rolls are fully baked when the surface is evenly golden brown. And if you poke a skewer into one of the middle buns, there shouldn't be any uncooked dough on it! Obviously, it's fine if there's custard on your skewer - custard is a wet ingredient!

I topped my vegan apple cinnamon rolls with Nature's Charm coconut custard. I think the creaminess and slight coconutty flavour really complements the apple and cinnamon.

Alternatively, you can use a maple glaze such as my 'sticky buns' recipe or a lush cream cheese frosting from my jam donut cinnamon rolls recipe. 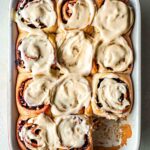 To make the rolls:

To assemble the rolls:

* Instant yeast doesn't need to be 'activated' or 'bloomed' beforehand. However, if you use active dry yeast, you'll need to combine it with warm milk and a pinch of sugar beforehand. Wait until it bubbles then use it in the recipe. If you use another type of yeast, you may need a different quantity. ** If your dough is too soft to be rolled, chill it in the fridge for at least 10 minutes. 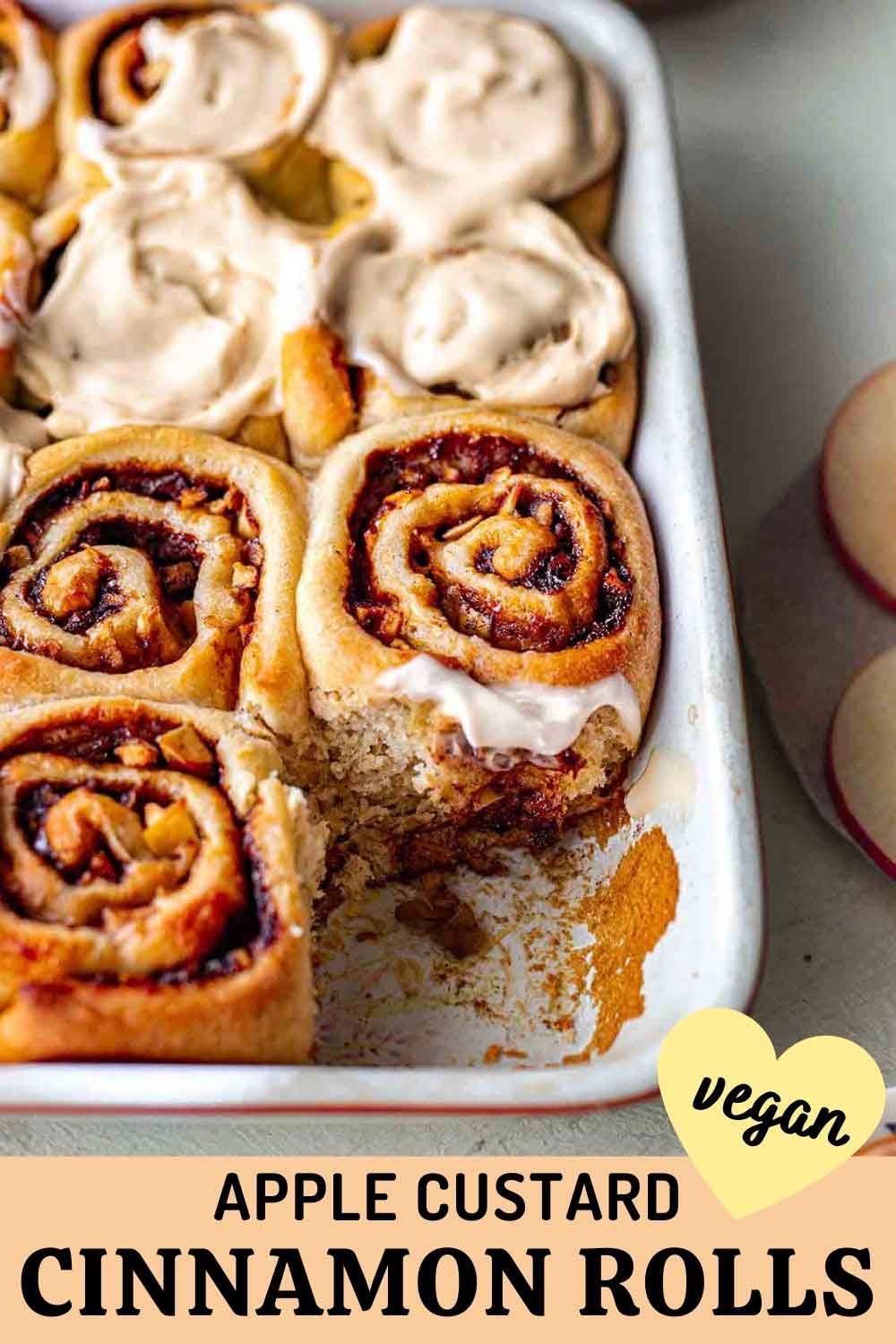