Home » All Desserts » Muffins and cupcakes

I'm a huge fan of vegan recipes with simple everyday ingredients. These cupcakes use:

You only need 9 ingredients to make these cupcakes (plus the frosting)! Therefore these cupcakes are much healthier than shelf-stable commercial cupcakes such as Sprinkles vegan red velvet cupcakes which has a very long ingredient list!

A lot of red food dye is made with carmine. According to Vegan.com, carmine is made of crushed beetles so is not vegan! Gross!

In Australia, we're lucky to have Queen Fine Foods in our major supermarkets (not sponsored) which sells vegan-friendly red food dye, including this red food colour gel and the pillar box red food colour.

That brand of red food dye include e124 which is vegan. I checked their ingredients in January 2021 but ingredients often change so double check in case!

If you're in Australia and prefer a more natural food dye, check out Hopper Foods.

You can customise these vegan red velvet cupcakes and make them with either red food dye or beetroot powder.

Beetroot powder is very absorbent. So, if you use it, make sure you add a extra dash of water or milk (around 1 tbsp) to the batter to balance it out

I also included a gluten-free option of these cupcakes for those who need/prefer it.

The gluten free red velvet cupcakes are fluffy, moist and delicious! Instead of wheat flour, I used a blend of blanched almond meal/ flour and a store-bought gluten-free flour blend which has xantham gum.

The almond meal/flour adds moisture to the cupcakes and the gluten-free flour blend helps bind everything together! The gluten free version is definitely fluffy. However, the cupcakes don't rise as much and are slightly less fluffy than the ones with gluten. This is typical of gluten free baked goods!

I served these gluten free cupcakes to a bunch of omnis and they devoured it! The photo below shows the texture of a gluten free vegan red velvet cupcake.

I do not recommend omiting the almond meal/flour as vegan baked cakes using only a gluten free flour blend can be gummy and unpleasant.

Or see my other vegan Valentine recipes: 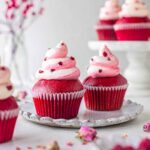 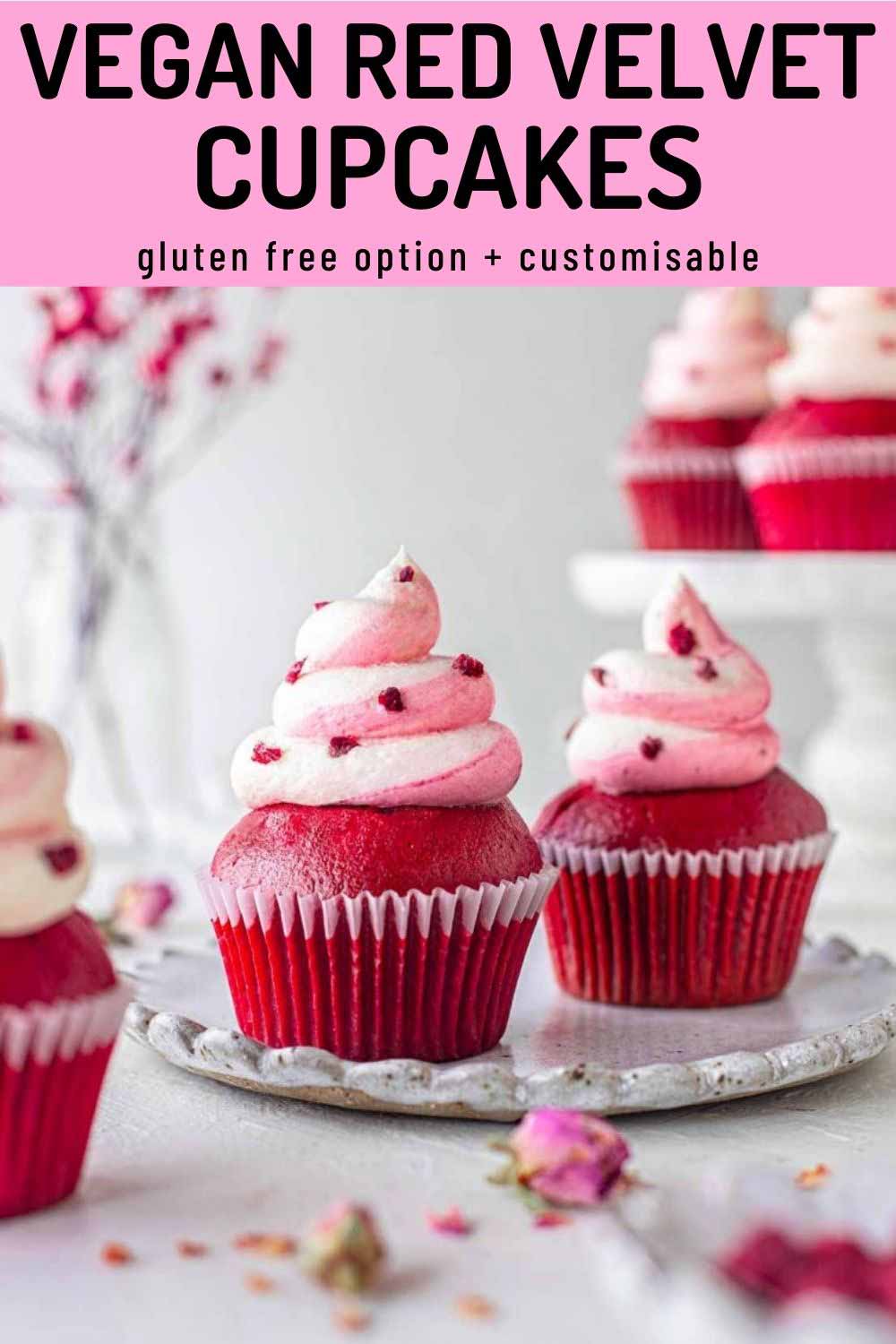