Home » All Desserts » Muffins and cupcakes

Even though we can't travel right now, we can make these tropical cupcakes! These vegan coconut lime cupcakes are:

If you would like to make a bigger vegan Summer cake, check out my Vegan Pina Colada Cake recipe!

Simply add all the dry ingredients to a bowl and mix. Then add the wet ingredients and mix until combined! As there's dessicated coconut in the mixture, it might look a little lumpy but just make sure there are no lumps of flour!

Don't be tempted to add more liquid at this stage. This recipe will not bake with a runny batter!

The dessicated coconut in the cupcakes helps create a fluffy crumb and minimises the need for extra oil!

The cupcakes rise beautifully in the oven and will make your home smell beautiful!

The lime curd for these cupcakes is zesty, custard-like and additive! I used a common Australian variety of lime but feel free to use key limes if you have access to them!

I'll be honest - the lime curd doesn't look great in the saucepan before you add any colouring (powder, gel or liquid colouring). This is because the natural coconut oil in the cream has melted and become transparent. However, when the lime filling cools, it'll become white (and not grey) just like coconut cream!

It's best to add your desired colour once the curd cools. You'll be working with a whitish custard-like mixture rather than a strange grey mixture.

I provided a simple coconut buttercream recipe and decorate my cupcakes with shredded coconut and wedges of lime.

To make these cupcakes healthier, you can decorate them with whipped coconut cream! If you omit the lime curd filling, you can simply top your cupcakes with shredded coconut (before baking) and call them muffins.

If you make this recipe, I'd love to hear about it! 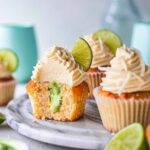 To make the cupcakes:

To make the lime curd:

To make the frosting: 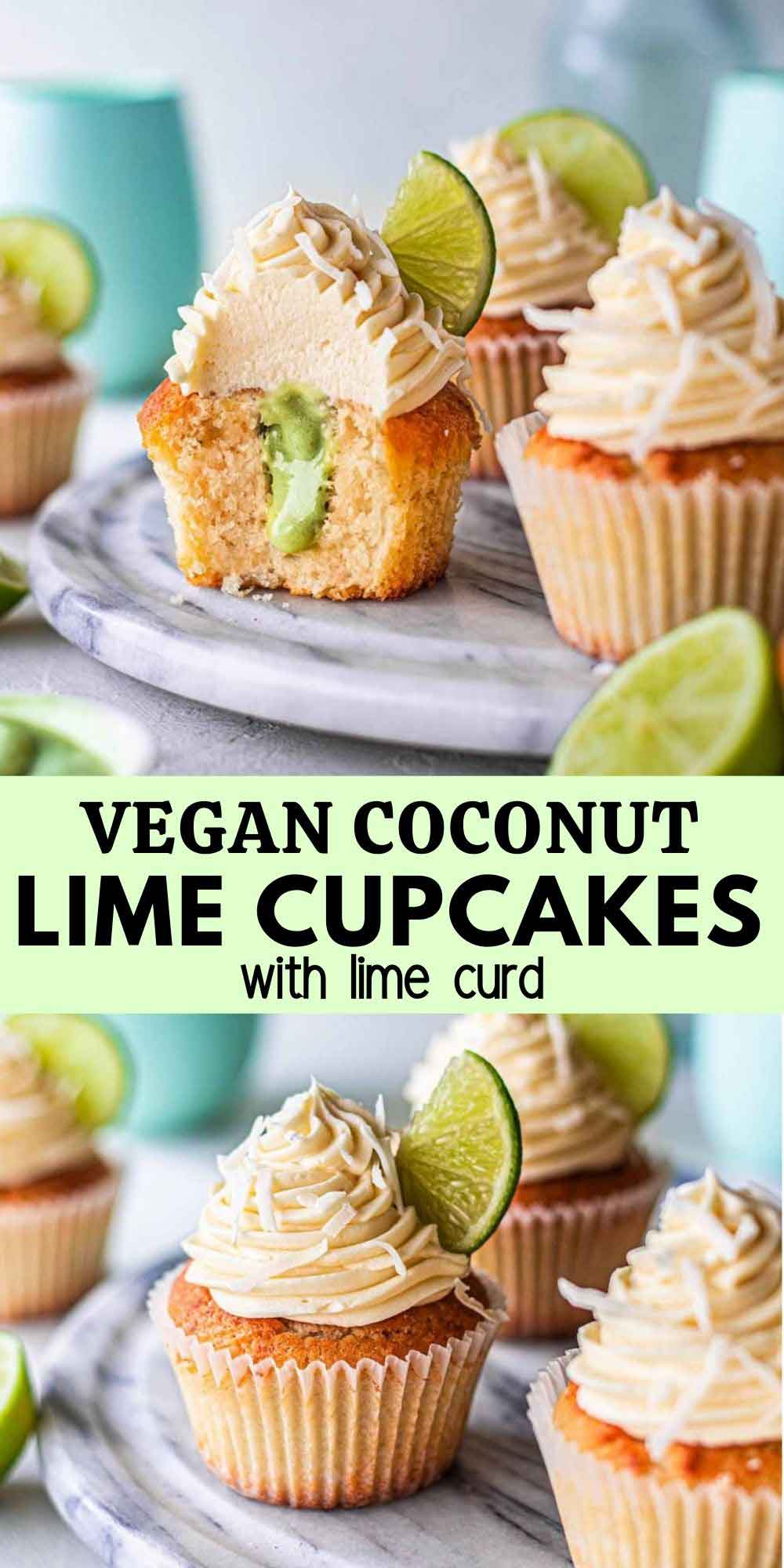