Vegan lamingtons which are easy to make, fluffy and uses only common pantry staples. Enjoyed by vegans and non-vegans alike!

Lamingtons are a very popular Australian and New Zealand snack or dessert. They consist of a fluffy vanilla sponge cake that is covered in chocolate and dried coconut. Sometimes lamingtons are filled with jam or cream.

In Australia and New Zealand, lamingtons (like custard tarts and Anzac biscuits) are often found in many corner bakeries and supermarkets. They're enjoyed at community and social events such as barbeques!

Normally, lamingtons are not vegan. The vanilla sponge conventionally has eggs, butter and dairy milk. The chocolate coating is often made with butter or dairy chocolate which has milk solids.

In Australia, the lamingtons at Woolworths and Coles (our two major supermakets) are not vegan as they have egg powder in them.

However, it's very easy to veganise lamingtons! I used my classic vegan vanilla cake recipe (adapted from my cookbook).

Instead of the conventional chocolate frosting using icing sugar, I covered my lamingtons in a chocolate ganache made with dark chocolate and coconut cream. This creates a thicker and more indulgent coating!

And of course, each lamington dipped in desiccated coconut.

Since lamingtons are a VERY common and popular dessert, I chose ingredients that are easily accessible, affordable and found in supermarkets.

I used sunflower oil instead of vegan butter for these lamingtons. The liquid oil makes the lamingtons moister! However, you can still use butter. The butter gives the sponge a classic buttery taste (duh!) but are a little drier.

To make the vanilla sponge, we need:

We'll be decorating each vegan lamington using the following ingredients:

How to prepare the easy vanilla cake for the lamingtons

Making the vanilla sponge is super easy. Add the dry ingredients to a bowl and mix. Add the wet ingredients and mix til combined. Bake til golden!

I'd HIGHLY recommend making the sponge the day before you need it then chilling it in the fridge overnight. Chilled cakes are *always* easier to handle than fresh cakes.

I baked my cakes in an extra-large sheet tin to make a thin sponge cake. However, you can still use a smaller tin if that's all you have. A smaller tin will create a thicker layer so feel free to slice your cake horizontally to create thinner layers.

I cut my sheet cake into 2 layers. I generously spread raspberry jam on one half then sandwiched it with the other half. I'd recommend spreading more jam on your sponge cake than I did below :).

Alternatively, you can dip the sponge pieces without the jam. THEN cut the lamingtons in half and spread the jam in the middle.

I wanted small lamingtons so I cut 16 squares from this slab. However, this made the lamingtons quite tall so if you make them for a crowd, I'd recommend cutting 12 lamingtons then cutting them diagonally.

Tips for coating the vegan lamingtons

I'll be honest - this part can be a little messy so don't do it when you're in a rush or bad mood!

When you coat the sponge in coconut, the key is to avoid touching the wet chocolate with your fingers otherwise most of the coating will end up on your hands rather than the cake. What I do is:

These are some substitions you can make and some that you absolutely cannot!

To making refined sugar-free lamingtons, you may replace cane sugar for coconut or rapadura sugar. The latter two sugars are great for baking as they still make fluffy sponges. However, those sugars will make your sponge brown and caramel in taste.

Do NOT replace the liquid oil for coconut oil unless you live in a hot climate. Coconut oil is very solid at room temperature so it will make the sponge dense.

I do not recommend using pre-made gluten-free flour blends for this recipe (or any recipe ever). The gf flour blends (in Australia at least) tend to make sponge cakes gummy, chewy and dense.

I haven't tried a combination of gluten-free flours for this exact recipe but if you feel like experimenting, I'd recommend using a blend of almond meal, white rice flour and the smallest amount of tapioca starch.

Check out my other vegan lamington recipes 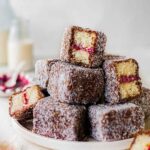 To make the cake:

To make the ganache coating (after your cake has chilled):

To assemble the lamingtons: 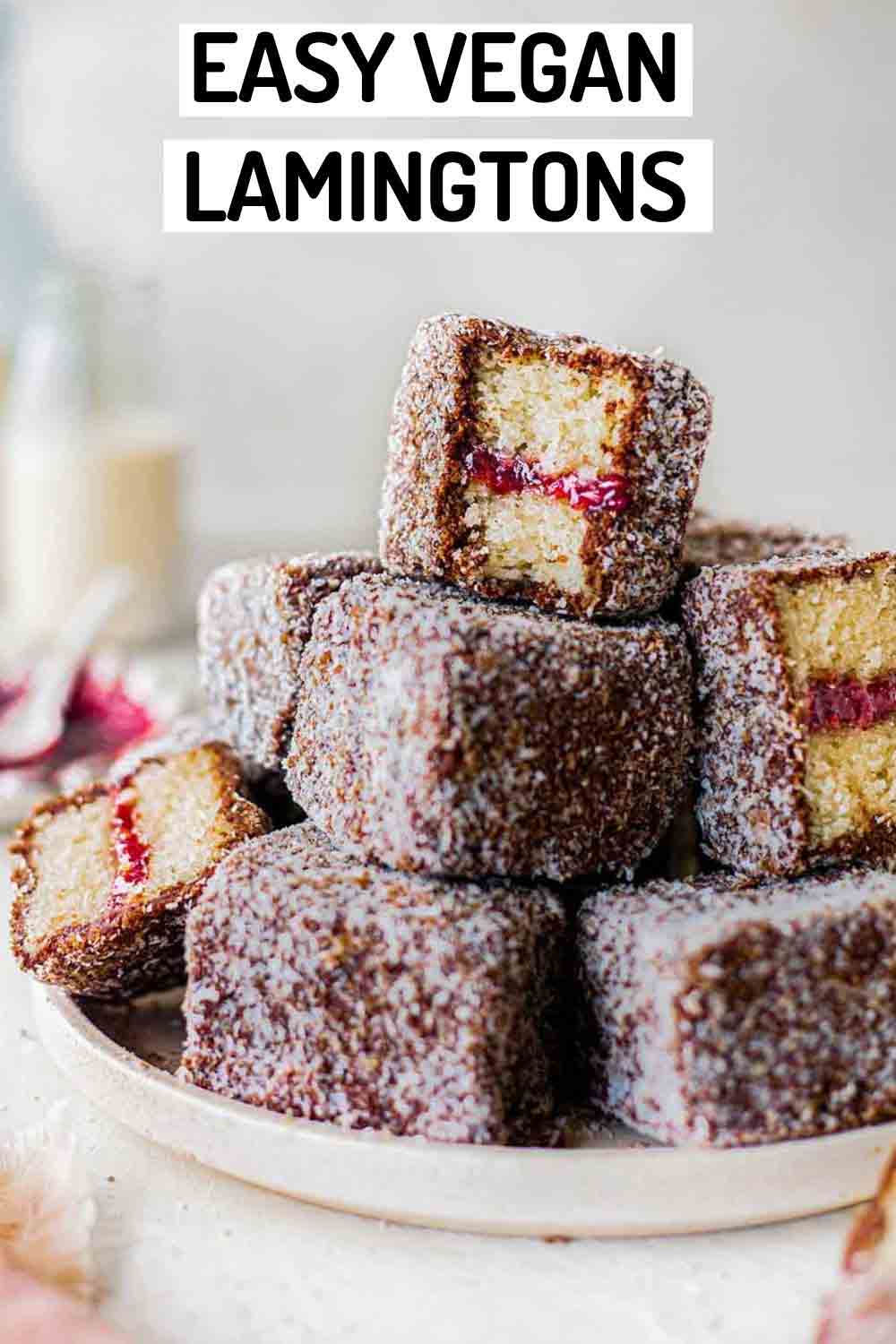