Home » All Desserts » Pies and Tarts

This vegan lamington tart is a reinvention of a classic Aussie treat. It has a coconut oil shortcrust, layer of chocolate ganache, layer of coconut bounty and jelly studded with raspberries!

What is a lamington?

Lamingtons are a classic Australian bakery delight where a vanilla sponge is covered in chocolate and dipped in coconut. Sometimes there is a layer of jam or cream in the sponge cake.

Lamingtons are often enjoyed near Australia Day. Although I don't celebrate this public holiday, I love lamingtons and variations of it. I've also veganised other Australian desserts including the custard tart and Anzac biscuits.

Turning the classic lamington into a lamington tart

I took my favourite flavours of the lamington and put them in a tart which you can serve at the dinner table. This is how I transformed the classic lamington:

This tart is easy to make but just a little time consuming with having to make and set each layer.

If you're after a quicker recipe, I've listed some easier lamington-inspired recipes towards the end of this blog post. 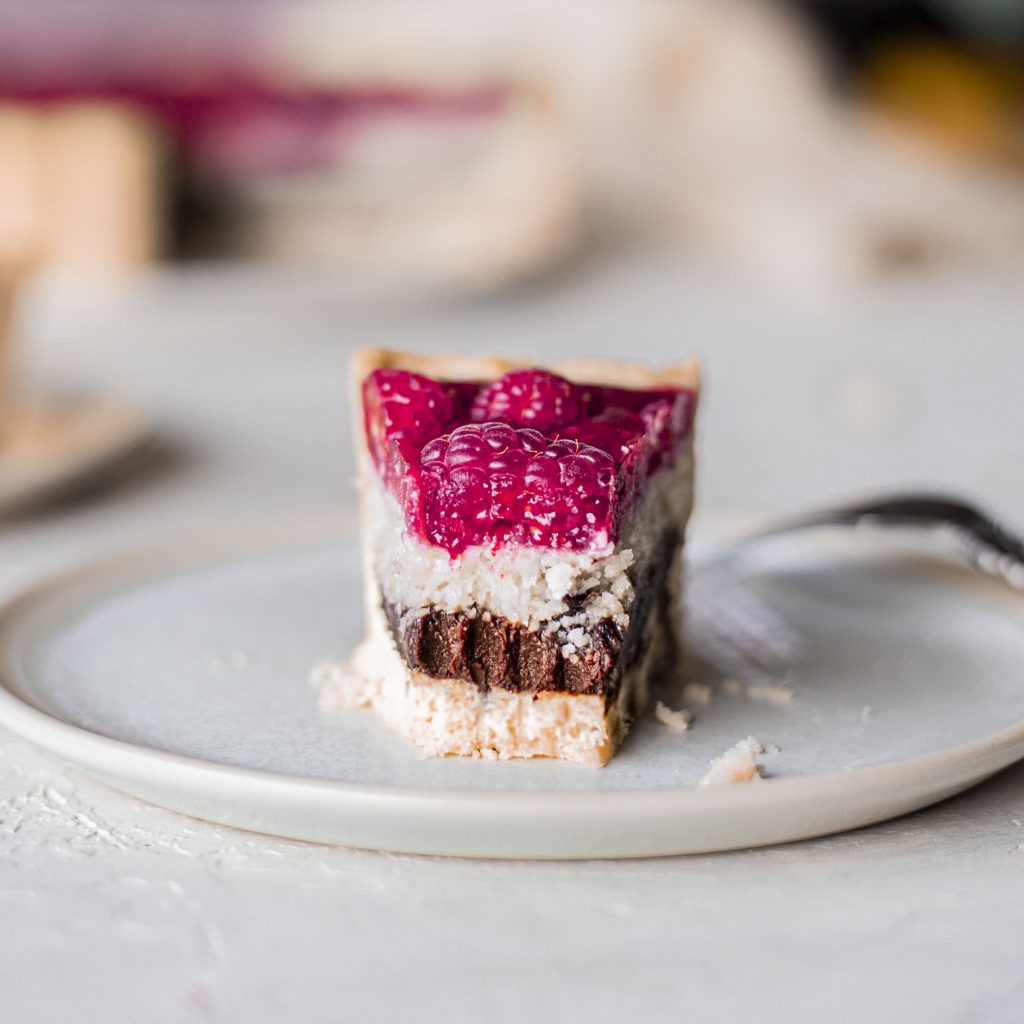 I normally avoid using coconut oil in my treats as I used a lot of it during my cake business. However, having coconut in a lamington dessert is an essential no-brainer.

The coconut oil is mixed with the flour, a little sweetener and water and moulded into a tart tin. Firm coconut oil is easier to work with than liquid oil. In pastry, it's similar to working with butter.

I crimped the pastry for a bit of fun and so there aren't 'thick' bits of pastry against the fluted edges. However, it is time-consuming and completely optional!

The ganache is silky, smooth and will just melt in your mouth... and it only has two ingredients!

It took a few trials to get the ratio of chocolate to coconut cream right. Too much chocolate and you can barely cut through the tart. Too much cream and the whole tart will collapse.

I used a canned coconut cream which has around 28% fat. This creates a chocolate which will hold its shape yet will complement the crunchy shortcrust and coconut bounty layer.

This layer is fresh, oozing with coconut cream and adds a lovely textural contrast against the smooth chocolate and crunchy shortcrust.

It has the texture of a bounty but with more moisture! The coconut bounty layer is probably the softest of all the layers and will just melt in your mouth. 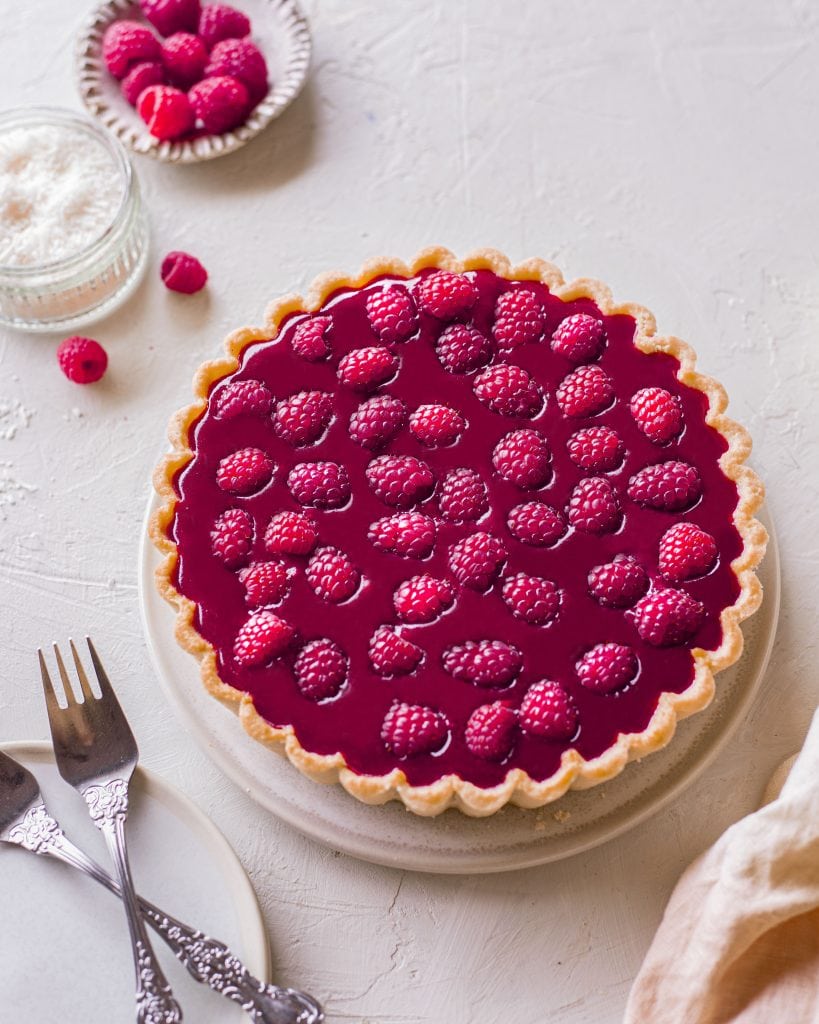 Or my other vegan Australian recipes 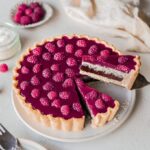 To make the chocolate ganache layer:

To make the coconut layer:

To make the jelly layer: 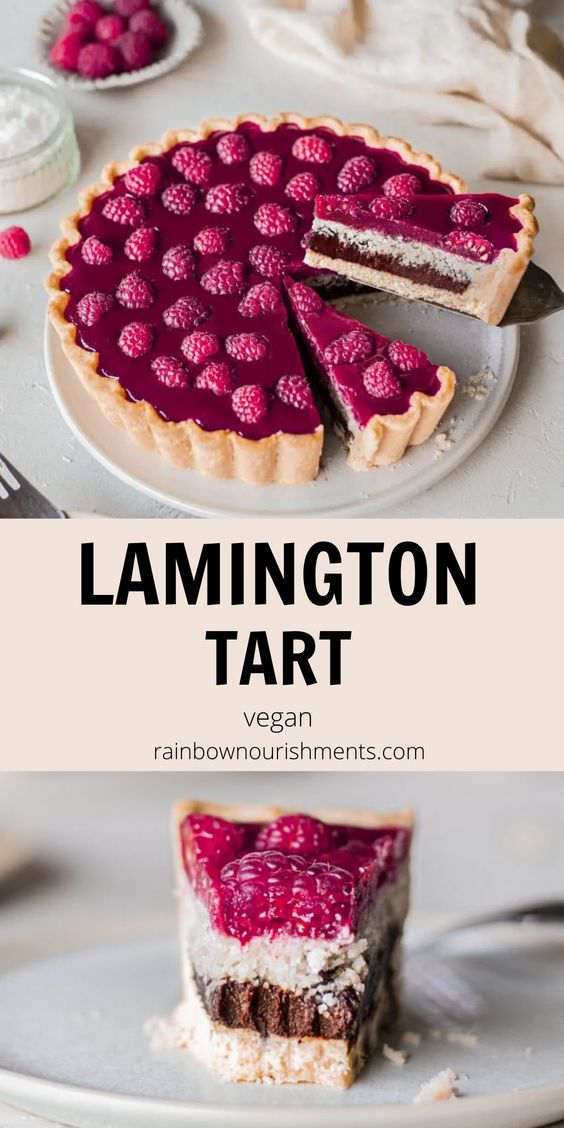