Sweet potato brownies that are fudgy, decadent and use real chocolate. They are vegan, refined sugar-free, can be made gluten-free and your ultimate healthy brownies!

I'm all about making whole foods delicious whether it's through these brownies, my popular beetroot brownies or chocolate avocado mousse tart :)!

These brownies are very rich and decadent because they have melted chocolate inside them! Lots of popular sweet potato brownie recipes only contain cocoa powder but NO melted chocolate. I can't personally fathom the idea of brownies without actual chocolate!

Adding melted chocolate also helps with binding the ingredients in these brownies as there is no egg!

Runny almond butter instead of oil. Oil creates more crumbly brownies which are slightly oily on the touch. Almond butter (or any other nut butter) makes brownies even fudgier and intact.

Coconut sugar has a slight caramel note and adds complexity to these brownies.

Dairy-free milk for moisture. The brownie batter is very fudgy that we need to break it up somehow!

Cocoa powder. And a little baking powder to give these brownies lift but not too much so they become cakey.

These accidentally vegan brownies are also eggless and dairy-free :). As always, all ingredient ratios are in the recipe card at the bottom of this post!

I always strive to make recipes as simple and easy as possible. First, I'd recommend melting the chocolate and dairy-free milk in a small saucepan. Doing this first will allow the mixture to cool down before you mix the final batter.

You'll need to puree about 250g of sweet potato. If you have a normal-sized food processor or blender, you'll know how difficult it is to blend small amounts of anything! The easiest way to puree the sweet potato is to add it to your liquid chocolate mixture. Liquid always makes blending easier!

Add all the dry ingredients to a bowl and mix until there are no big lumps. Add your beautiful sweet potato chocolate mixture and your almond butter (or choice of nut/seed butter) and mix!

The brownies don't take long to bake in the oven. You'll know when they are ready when you can poke a skewer or knife into the middle and there's no wet batter on it (though crumbs are fine)! 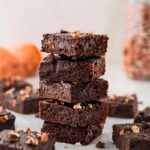 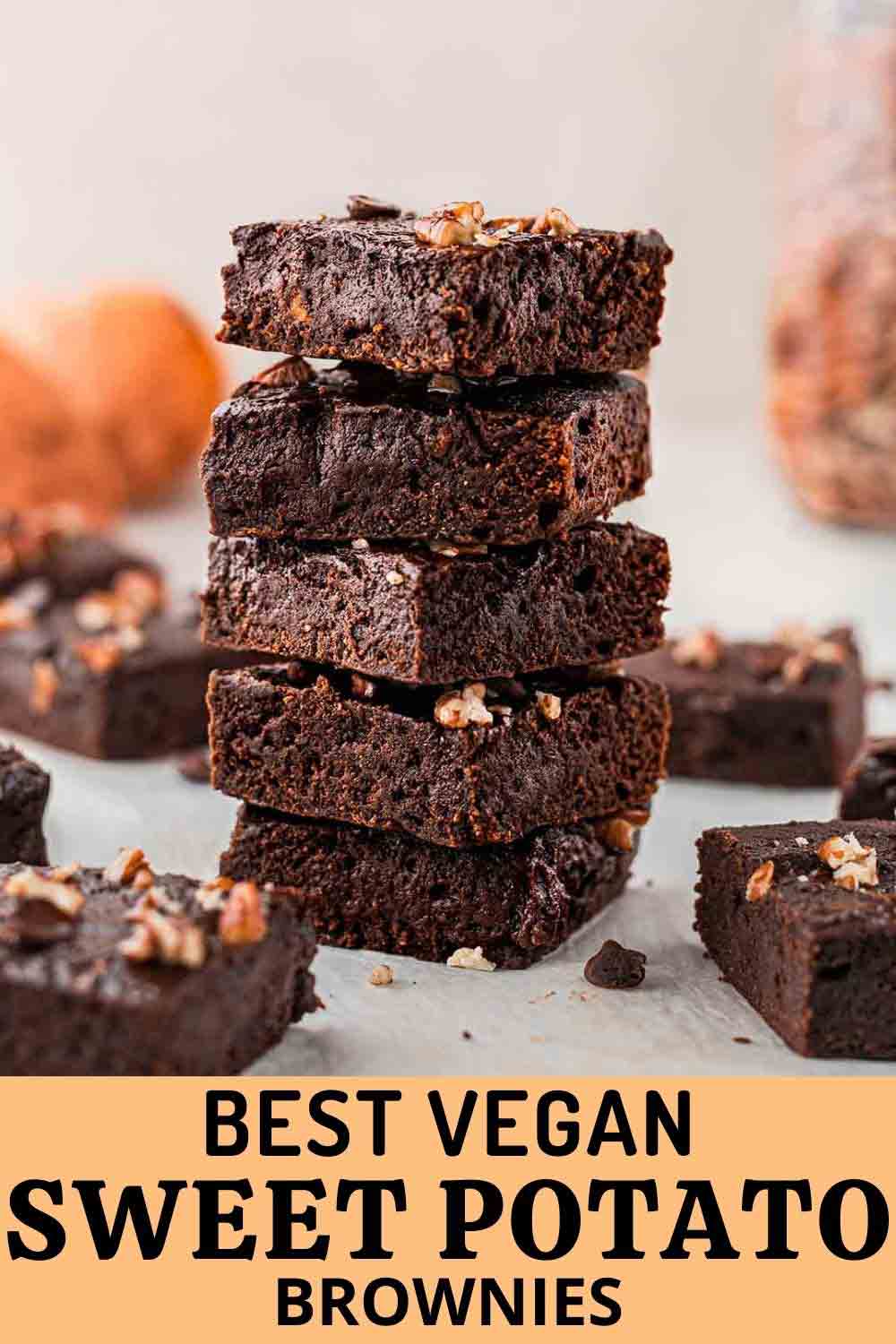