This cheesecake has NO cream cheese

Compared to other baked vegan cheesecake recipes, my recipe uses NO vegan cream cheese. Vegan cream cheese can be difficult to find, expensive and more often than not, it doesn't have the most wholesome ingredients!

First, you will need to make the crust which is an easy simple mix of :

Making the the cheesecake filling

To make the filling, just add all ingredients to a blender and blend. No fuss and easy! You can find the exact baking instructions in the recipe card at the bottom of this post.

How to serve the cheesecake 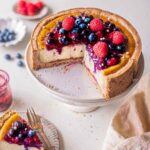 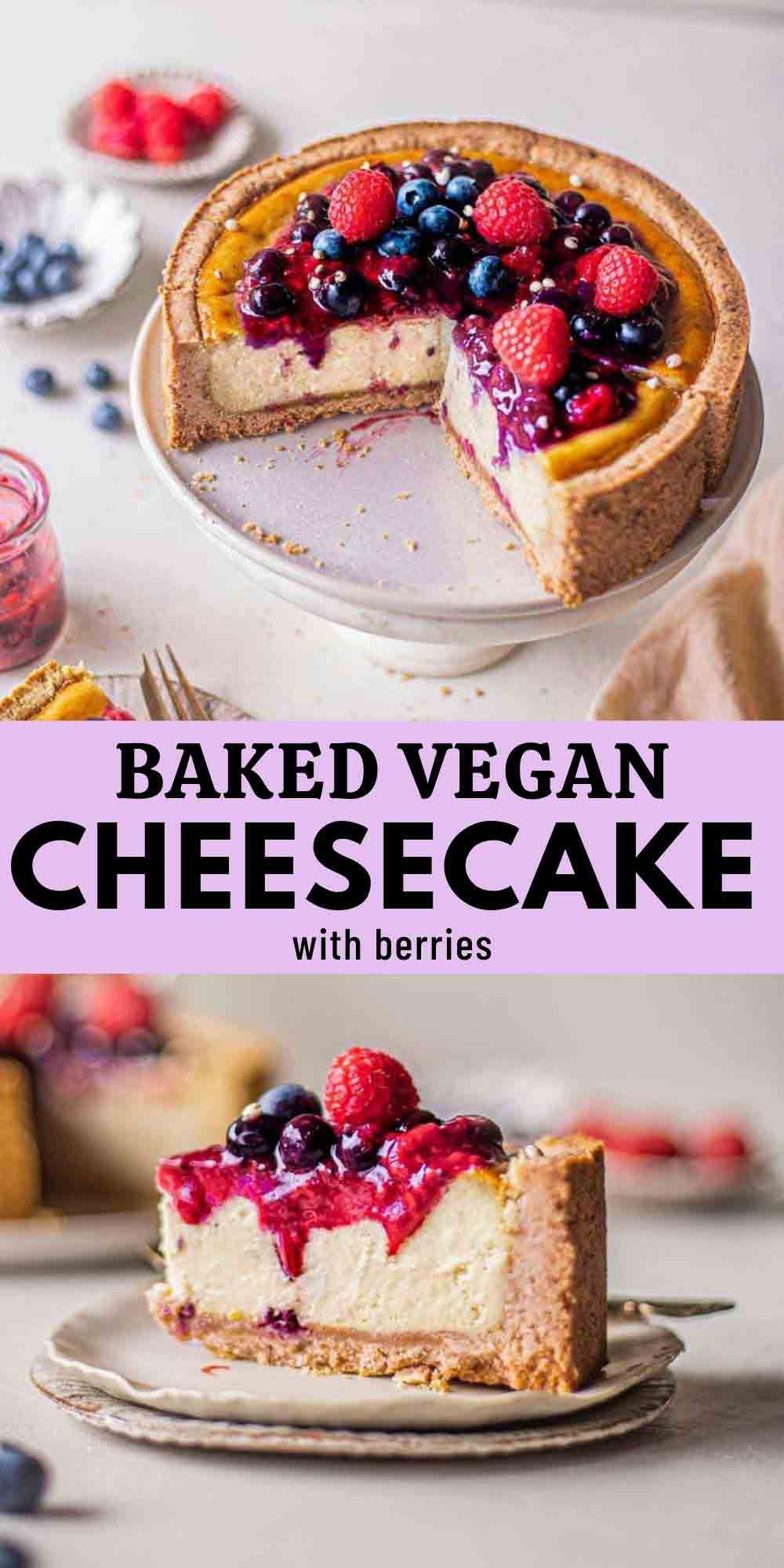